"The name of one of the most famous painters of the twentieth century in the French reality is Jean Garzou. If you do not look at his works in detail, it will be difficult to realize that the bearer of this French-sounding name is an Armenian. ”

Teachers and students of "Endanik"  Children and Youth Creative Center held professional classes with the art of garzou, readings of poems in French, and a series of interesting events with the performance of French-Armenian songs in the secondary school of Shirakavan community.

The students of French language group of the Center presented about the Armenian-French relations, the establishment of the Francophonie, the mission, the participation of the member states of the International Organization of the Francophonie. The students of Kaps Secondary School participated with great enthusiasm in the stories presented through the video dedicated to the Francophonie Day. They talked about the nuances and peculiarities of the French language, and more. The students expressed their thoughts and opinions on the diplomatic relations and friendly relations between Armenia and France. The educators of the miniature and painting groups spoke about Paris, one of the pulses of painting, where one in a thousand managed to study. Jean Garzou was the only Armenian who created his own language alongside geniuses. The gifted students of the center shared with the students their painting knowledge, helped to create paintings by performing art and technique. 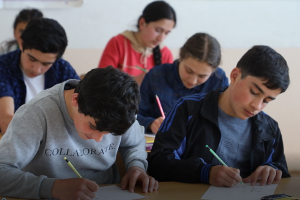 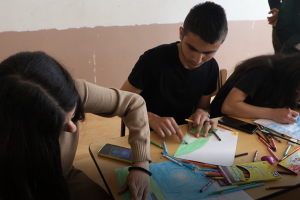 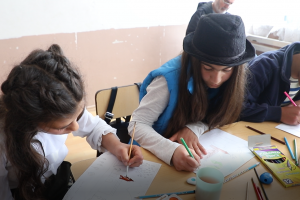 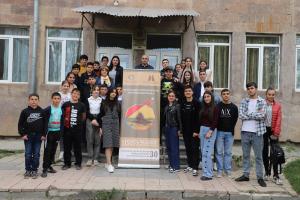