Proffesional classes are continued in the community schools of Shirak region, where French language is taught. The students of French group of “Endanik" center made videos about Armenia-France diplomatic relations, about Armenia's membership in the International Organization La Francophonie, and French symbols.

The teenagers communicated with each other, read poems in French, shared knowledge. The students of the center's music group performed famous French songs. Both sides spoke about the life stories of Armenian famous figures and pro-Armenian activities. The famous French-Armenian painter, stage painter, master of figurative art, Jean Garzou (Garnik Zulumyan)'s life and creative path were introduced to the teenagers by the teachers and gifted students of the painting and miniature groups. They provided interesting information about Garnik Zulumyan's performing art. Then the teenagers started to do graphic works with the art of garzos, each student was given an individual approach, in addition to the professional advice of the pedagogues, the teenagers were helped by the gifted students of the center, who shared their painting knowledge. After the painting, the students talked about the project, their ideas about the art of painting and the work they did. It should be noted that "Endanik" Center's program entitled "Diversity of Francophone Cultures" is dedicated to the 30th anniversary of the establishment of diplomatic relations between Armenia and France and to the 115th anniversary of the world-famous French-Armenian painter Jean Garzou. 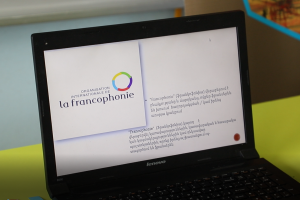 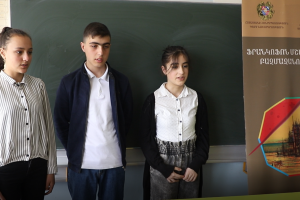 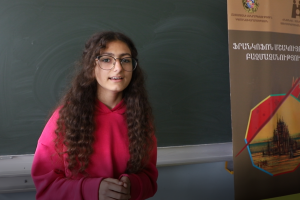 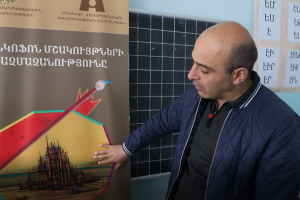 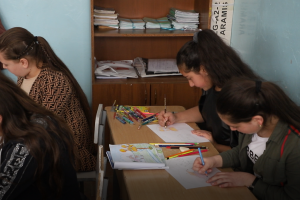 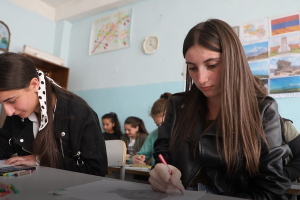 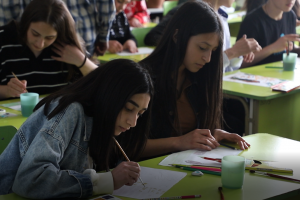 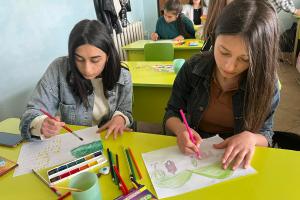 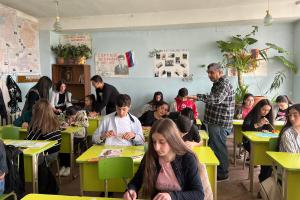 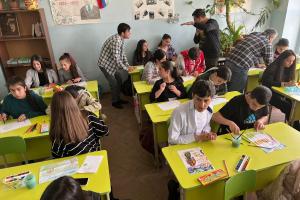 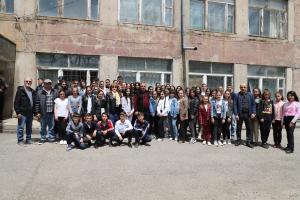